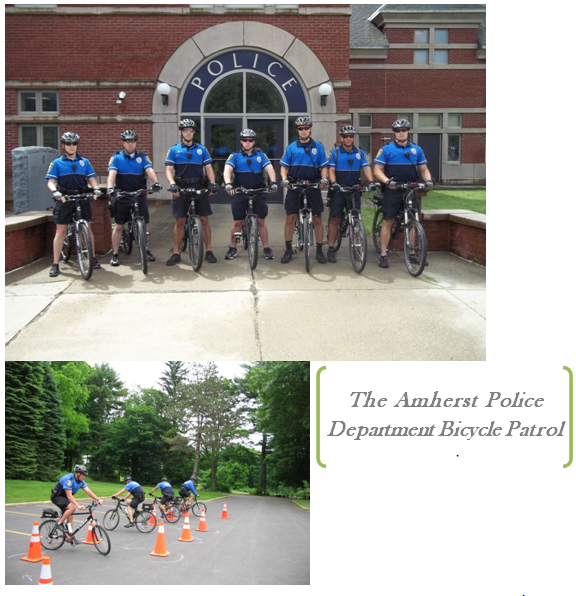 The Bicycle Patrol Unit falls within the Patrol Division and is under the command of Captain Jennifer Gundersen. The Bicycle Patrol Unit has enhanced the patrol and enforcement efforts in Amherst. The inherent value of the Bicycle Patrol is that it provides high visibility, accessibility, and increased mobility. The Bicycle Patrol has provided the officers with the perfect vehicle for problem solving policing by allowing interaction with the general public on a daily basis. It has also greatly increased the department’s efforts to foster positive public relations. This unit consists of several volunteer officers from the patrol division. These officers are specially trained in patrol techniques and related areas that pertain to officers on bicycles. Patrol Officer Bill Laramee, who is the coordinator/trainer of the 9 member unit, as been a bicycle patrol officer for 10 years and is a nationally certified instructor in the International Police Mountain Bicycle Association (IPMBA) curriculum training both Amherst officers and officers from neighboring departments. Officer Laramee can be reached at 413-259-3000 or via email.